DiTTO, which stands for Diagrams Transformation inTo OWL (version 1.1, dated 25 March 2014), is a Web application that is able to translate diagrams expressed either in E/R crow’s foot notation or Graffoo and created with yEd, an open source application to quickly and effectively generate high-quality diagrams, into OWL ontologies.

If you choose to specify E/R diagrams, DiTTO allows one to choose what E/R semantics to apply for the transformation according to three alternative conversion strategies, which depends on the application of two assumptions:

In particular, the minimal strategy interprets the semantics of E/R in its purest form by not using GS, while using UNA, the intermediate strategy does not use either GS or UNA, and finally the maximal strategy, which is the closest to OWL semantics, use GS, but UNA does not hold.

DiTTO is an open source tool hosted by GitHub. The exemplar yEd diagrams, in E/R crow's foot and Graffoo, described in the following pictures are available (E/R diagram and Graffoo diagram) so as to test the service. 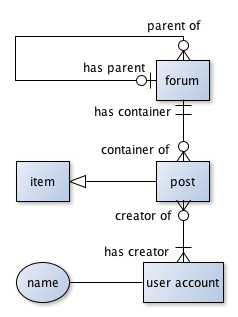 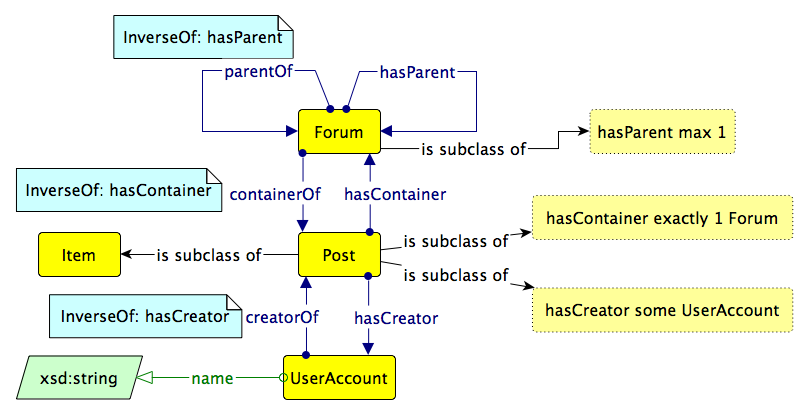 Silvio Peroni (Ph.D.) is an Assistant Professor at the Department of Classical Philology and Italian Studies, University of Bologna, and, for this project, part-time collaborator with the Semantic Technologies Lab at CNR (i.e. the Italian National Research Council). He created and maintains DiTTO, and he have developed the XSLT files to convert E/R diagrams into OWL.

Riccardo Falco has a Bachelor Degree in Computer Science. His Bachelor Thesis concerned the extension of DiTTO with additional XSLT files to convert Graffoo diagrams into OWL.